Several papers written over the years for the Bridges "Mathematics, Music, Art, Architecture and Culture" Conference.

Every year we attend the Bridges conference that integrates mathematics, music, art, architecture and culture. And every few years, we write a little paper highlighting some aspect of the Zometool experience, which we present here for your reading pleasure.

Domes, Zomes and Drop City (2012) -- Two 20th century visionaries crossed paths at Drop City (near Trinidad, CO) USA. Buckminster Fuller awarded Drop City his Dymaxion award in 1969. Steve Baer went to Drop City to explore ideas that led to the discovery of his 31-zone system. Fuller is credited with the invention of geodesic domes, while Baer invented zomes. Both started with the icosahedron.

ZomeComix (2011) is not really a Bridges paper, but in the spirit of Bridges' art-math fusion, we intend to write a paper entirely in graphic novel format for some future Bridges conference -- maybe 2019, when Bridges will come to Boulder and Longmont, Colorado to celebrate the 50th anniversary of Steve Baer and company's discovery of Zome geometry. It's sure to be one of the first "scholarly" papers written as a comic strip.

How Not to Bring Your Product to Market (2011) is a concise diatribe concerning some of the many ways not to market a new product idea (such as a hypothetical mathematical and/or artistic modeling system, the similarity of which to the product known as Zometool is purely coincidental).

Zometool Workshop (2007) explains how to conduct a Zometool workshop for students, teachers or parents, covering the discovery learning philosophy, preparing for the workshop, conducting the workshop, follow-up activities and available resources for educators. 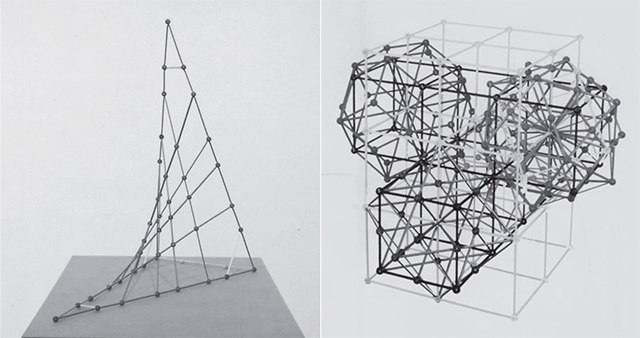